What sort of sex do you like? My thoughts on turn ons, offs, especially in relationships

I have a lot of winding, sometimes related, sometimes barely related thoughts on the topic of what turns a person on sexually or off, what can or does happen to these things within a relationship. As a writer, I also have thoughts about how what we writers write can be taken as endorsement of, as "that's what I like," which isn't always the truth- are people who write about serial killers asked about killing in the way erotic romance writers are asked about our sex lives? I think not. I believe that's mostly what I was thinking of when I decided to write this post; I'm just glad this isn't an essay for an English class 'cause I'm not sure that this would be an A+ essay and those were the only type I found acceptable in school. 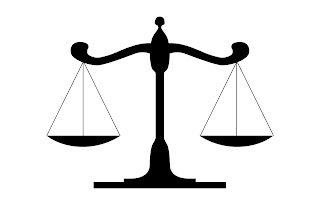 Of course we all know (right, we all know this?) that what a person likes sexually is a very complex thing impacted upon by dozens of different factors. Everything from what we were raised (by our community, our church, our parents) to find either acceptable or taboo sexually, something we like, something that affected us. I read, heard somewhere that fetishes often come from something that affected a person especially during puberty and not always in the way we expect- it could be something as simple as seeing a cute girl's tennis shoes when a boy had an erection. Then there's the massive amounts of money spent on advertising (both planned advertising and Hollywood-produced movies, which can sometimes almost be an hour long commercial with the way products are placed.) Social scientists, pundits, clergy, all sorts of people have talked about how advertising affects us. Everywhere from blaming sexualized images as corrupting our culture, of hurting females etc. I'm not sure the causal links are always what social scientists try to tell us, however I think we can agree that if you see enough of one body type of TV, you may like it more than another.

I'm thinking ahead to the Spanking Romance Roundtable that Anastasia Vitsky is hosting on "fantasy versus reality" (1/17/14)- yeah, I plan to write up to 2000 words on that one. But on topic here, I think about how "in real life" and "in a book" enter the conversation of likes/dislikes. For example, I enjoy some of the talk about things being naughty, taboo in spanking fiction, but I'm fairly sure that hearing "You're so naughty" from my Master would turn me right off- "brat" is the closest I come in that. I've also been finding myself trying to explain about panties- it's in a trope in domestic discipline stories for the Head of the Household to lower the Taken in Hand partner's panties to her (because yes, other than Thianna D's "As Natural as Breathing," which has a male/male couple, many are male/female with the female being spanked) ankles. Big admission :D- well it might be big for some, but I'm pretty sure my regular readers won't be surprised- I only wear under when I need to during my period or for a Renaissance festival costume. So from a practical stand point, I don't get the panties-around-the-ankles thing, it being part of the punishment. I even have this idea about the phrase "lady like" that I'm going to try to get my Master to take part in :D.