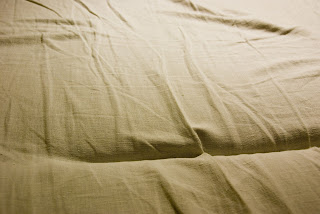 I was trying to decide on an excerpt for today since I don't have any friends guesting today. I started reading a WIP that's settled into the nickname "Vala's Recuperation." Different readers have complained about the fact that I let Vala summarize the 6 months of her recovery into a few paragraphs. So I decided I'd do those months (possibly/probably in a novella-length) book from The Queen's perspective. I've already shared a bit from this- I think mostly on the Seductive Studs and Sirens LGBT blog hop. I'm going to share a little bit (unedited) from the very beginning of the WIP. I haven't thought yet about when I might release it since I need to finish it.

The Queen gazed at his bed. He sipped his coffee as he tried to find a tuft of Mearr's beautiful red hair amongst the pile of blankets.

"She seems to be resting well, my Queen."

The Queen slowly looked up the twink standing in front of him. No, not a twink really because Tommy was too old for that. But his boy's fragility always touched him so deeply.

He pulled on Tommy's hands until his boy knelt between his legs. "I love you, my sweet, baby boy. I take it you were able to get everything Karl suggested?"

"Yes, my Queen. All put away." Tommy laid his head on The Queen's jean-covered thigh.

"Things running well at the mansion?" He dragged his fingers through Tommy's soft black locks.

"Yes, my Queen. Between Abrecan keeping everything under control and Ely in his element making plans." Tommy brushed his fingers over The Queen's other leg. "Have you eaten yet today, my Queen? Let me make you something?"

The Queen grinned. "Am I looking that haggard that you are so solicitous?"

Tommy blushed, the red flowering high over his cheekbones. "Not exactly, my Queen. I mean, not worse than first time Erik was teething."

The Queen shuddered; a teething child was not good at all, but he refused to pull the rich person's "leave it all for the nanny."
Posted by Joelle Casteel at 12:00 AM