The problem with assumptions 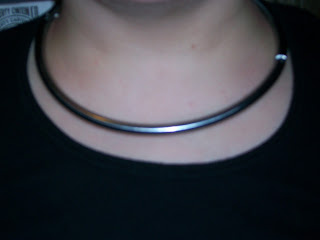 I wonder if it's because of how out I am, I seem to hear more stereotypes and myths, more often than not more a well-meaning, but curious person assuming that I must be one way because of some label I wear. I've heard everything from "You must be naked all the time, being M/s [Master/slave]" to "Since you're vegan, do you swallow your Master's cum when you're giving Him a BJ?" (LOL yes I do :D. While yeah, you could say that semen is an animal product, Master isn't kept in a cramped stall, hooked up to machines that take His semen from Him. And He quite enjoys that I swallow. I'm willing to let that one go. I'm not a vegan to whom things are black/white and unchangeable.)

So that was a pretty light-hearted paragraph, but dealing with assumptions isn't always so. As a lifestyle submissive, I've had to deal with people assuming I'm a doormat, that my Master abuses me- ah, I chose this life, I begged His collar, fully knowing what I was doing. I have a very strained relationship with most people who identify as feminists, even though I'm growing interest in "3rd wave feminism" and "sex positive feminism." I'm still not sure there's a place for me in that political movement- it seems on the surface level at least that I should be a feminist (I believe in equality for the genders) but I've had too many self-proclaimed feminists tell me I've made the wrong decisions, that I simply can't be happy as a submissive, as a homemaker.