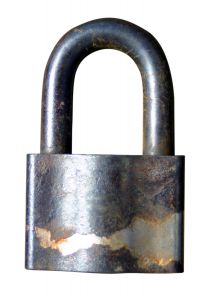 First off, I really struggle with what being fully submitted even means. I'm reading Cari Silverwood's "TakeMe, Break Me" at the moment. I love her premise for the book- at least how I'm going to summarize it- a female artist wants to film an experimental documentary of a capture fantasy. She asks a former lover and now good friend to help her with this project. At some point, things change for the both of them. She has written the book in chapters alternating between the artist's and the male friend's perspective. The man, who is cast in the "Dominant" role, finds himself thinking on how parts of the experiment can be sustained "in real life," but that some parts can't be; after all what can be done during a month-long vacation doesn't match exactly what can be done when there's housework, bills to pay etc etc to do. That's one of the things I struggle with getting people to understand when I saw I'm a lifestyle submissive. My life is not one constant BDSM erotic romance novel. While I don't work outside the house, there are dogs, a kid to take care. There're meals to cook- and no, I don't do that in the nude because it's not safe. Nor do I take our dogs outside while I'm nude- I do live around other people and none of them are nudist, at least that I know of. Nor do I ask my Master for permission for every little thing that I do- He doesn't want me to do that; that'd make an outrageous amount of work for Him to do. Yes, if I'm at the grocery store, for instance, I'll think of what He'd want first, most of the time; I don't always do what He'd want.

I often think on the words from my collaring ceremony. That every where I went, every thing I did would be as an order that I couldn't refuse. Yes, gorgeous words, especially as The Queen was saying them. But how realistic are those words, in practice? In those places Joelle mentioned, I think more often than not, the question is being asked by monogamous people. What does "fully submit" mean in a situation like The Queen's, where we submit first to him, then to our Lords Tommy and Simon, and then for fourth class slaves, to their dominants? While it sounds pretty, looks pretty on a Facebook meme, that "all mine" doesn't have quite the same ring when we're looking at something from a polyamorous perspective. Of course, the fact of my unusual training (from The Queen's perspective when speaking on his more common style of training his new slaves) might have a lot of impact on my thoughts here. I also think the question begs being further questioned- to whom? to what? Again, my polyamorous perspective is going to change things here from the vaunted "all mine." Yes, The Queen is my Master- I still giggle at my silliness early in my training when Prisca calling Him "Master" confused me- but I also submit to my Lords Simon and Tommy. They are in a higher class than me and it's not for me to question if The Queen would ever move me up to first class like them- is that line of thinking mean I'm "fully submitted" to The Queen? Shrugs. The fact is, just like Joelle to her Master, sometimes I like to brat at those with authority over me. Sure, I chose this authority structure, this complex relationship, but The Queen didn't my brain out of my head and put it in a jar when He collared me. Like sometimes I'll sass my Lord Simon just to see if he'll throw me over his lap and spank me- sometimes he even does lol.

Although I'm really thinking on a recent thing- I'm sure Joelle would like to beat me for this one, but she's a writer so she's only insane enough to write as me, not enough to really really believe I'm a real person- that happened that I find somewhat amusing. No, we're not going to engage in the blame game- although I'm pointing at Joelle on this one :D- but if you didn't notice from her haphazard posting, Joelle's been pretty sick this month. Flu and recovery from it sidetracked her a bunch. Well she was sorta kinda writing during all that, but not thinking to back up to her box.net account, so when her flash drive broke (as in the plastic casing broke) a few days ago, she was freaking. Two of her beta readers had PDFs of my second and third books that were newer than what she had- remember, she forgot to back up? Well she found out that Adobe Acrobat charges a yearly fee of $19.99 to be able to get PDFs converted to Word docs, rtf, and text files. So when her Master didn't immediately say yes, she went to the store to get Him cola (for a rum-n-coke) and then bought dinner (convenience foods) for all of them, spending $23-something. Pretty bratty, huh? Well she's still working on the reformatting of books 2 and 3 of my series, since she'd had to "save as text" from those PDFs. She should have backed up and then not had a reason to get angry at her Master, right??