Love and Sex: The Trans Perspective

While this piece isn't about DD, BDSM, or any of that soup of letters that stands for some part of the "kink" world, I invited my friend Tony to write about love from a transgender perspective. It's only been since the Stonewall Riots in 1969 that homosexual people really started getting noticed and getting rights. Normally you see another soup of letters- LGTBQI is one I use most often- to talk about sexual orientation. While I don't know it from a first hand experience- I am a happily cisgender female- I know from seeing friends and activists go through it that the trans experience of love and how others look at it is a source of tension. Remember both that The Queen and his slaves are not perfectly in any box (straight, gay, bi etc) and that even if questions of domination and submission, there are grey areas. I further ask that you read Tony's thoughts with an open mind- yeah, I know, I should expect that from someone on my blog, but I just want to give a reminder. 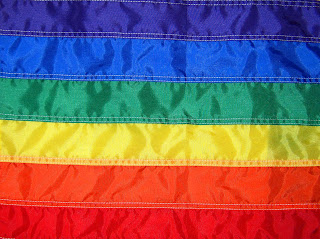 Ever since I came out as a female to male transgender, these are the two questions I am asked the most:

Most people would think that I’ve been asked this by only straight individuals; this is not the case. These are questions asked by people are all sexualities, as transgender issues are seldom discussed or explored. People focus far too much on the LGB of the LGBTQ acronym, and while I am only one trans person I am going to answer these two questions. Keep in mind that I do not represent all of us, and my experiences are different.

For all of my life, I have never had a name for my sexuality; I flip-flopped back and forth between heterosexual and bisexual, and often I denied the latter as much as I could. I always just wanted to be a straight person because life is much easier that way, but I knew it didn’t quite fit, just as my given gender identity. Before I came out I dated men, but I was far more passionate about women; I loved them and wanted them, but I was too scared to admit it to myself or others. I’ve always had a close connection with women, and I love listening to them and taking care of them. I pushed the issue under the rug and continued to live the role society wanted me to and tried not to think much about it.

When I finally decided to be myself and stop hiding in July 2012, I realized that now that I had my gender identity figured out, I should start analyzing my sexuality as well. I hadn’t been in a relationship for over a year at that point, and because I had taken myself out of the dating game it was far easier for me to take some time to think about it. At first when people asked me the “gay or straight?” question I answered that I was gay and liked men. It didn’t sound right to me at all, but it was a stock answer and the only thing I could think of at first. I was still stuck thinking that I should like men even though I should’ve known that it doesn’t matter what society thinks, just what my heart wants.

After several months of contemplation and flip-flopping, I finally realized in January 2013 that what I really wanted all along was a girlfriend. I spend all of my time with women, care about what they have to say, think they’re beautiful and that they’re worth all of the time in the world. Women make me happy in ways that men never did, and it is such a relief to be able to say that. I am not, however straight; since I am not a born male I do not see myself as heterosexual. If I am to choose a name for my sexuality, I say “queer” because it makes the most sense. I do not see my sexuality as belonging to one of the well-defined boxes, and the word queer sounds appropriate for the struggles I had figuring out what kind of people I wanted to fall in love and have sex with.

While my current girlfriend and I have yet to have sex and it will be my first time having it as a man and not a woman, what I want is exactly the same as what I wanted as a bi-curious girl. Even when I identified as a female, I always wanted to be the dominant person in my relationships. I need a person who is submissive every time we have sex and gives me control over our intimate endeavors, though their wishes will of course be heard and respected. I can never submit to anyone unless it’s absolutely necessary, so when my girlfriend and I are finally intimate we have already agreed to which roles we will take.

When it comes to oral sex, I like to be told by my girlfriend that I have a cock. While I never plan to have bottom surgery and am only relying on the enhancement that testosterone gives me, I am pleased with its size and do not see it as a clitoris; to me it will always be a cock. Before a girl goes down on me, I want her to tell me she’s sucking my cock, not eating me out. Even though I still have a vagina and all of the other female parts, I call it my “boy pussy,” as while I am not ashamed of having the genitalia I have and am content with it there will always be a male element to it.

Finally, this is the part about sex that people ask the most: so are you going to start using a strap-on now so you can have sex? Since I now identify as male, some people try to picture me as a straight man who only tries to pleasure a woman with penetrative sex. I consider oral sex and fingering to be sex, though many straight people do not, but of course I don’t identify as such. However, I do plan on using a strap-on in the future for penetrative sex, but that’s only if the girlfriend that I have wants to be penetrated in that way.

These questions are no different for trans people than they are for straight or gay individuals. Everyone has sex differently, have their own preferences of what they want their anatomy to be called, and have their own names for their sexuality. The problem, however, is that people know so little about transgender issues that few realize that we are just like everyone else, and sex and love are just another part of life. They do not need to be cause for confusion, and while today is not the day these questions will no longer be asked I have confidence that someday people of all gender identities and sexualities will understand that these questions do not matter.