My Master says, "You look for reasons to be offended, pissed." Yes, He's right on that often enough, although not always literally. 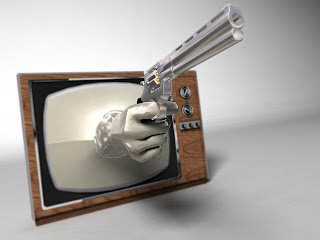 I couldn't find that particular one when I went looking for it yesterday, but I'll summarize the paragraph as I did for friends:

Another problem with that woman's comments are their heteronormative world view. She doesn't leave space for female dominants, male submissives, gender queer or same sex pairings. She only acknowledges Male dom, female sub pairings and assumes a homogeneity that just doesn't exist. Yes, my Master is a cisgender man and I am His cisgender female submissive. However, we are polyamorous and we do have a discussed agreement around that. While I'm cisgender, when talking about sexual orientation, I identify as queer, using the UUA definition of the identity. We may look like the patriarchy-based relationship this woman scorns, but our identities make a lie of that image.

In the final analysis, I have to ask what this all means. This woman isn't alone in believing this way. Sometimes I will ask rhetorically, has this woman ever spoken to anyone like me? It's easy enough to read someone's blog post and disagree, but has she ever looked into the eyes of a female submissive and truly heard her story? I doubt it. The National Coalition for Sexual Freedom has been engaged in it's "Consent Counts" program awhile now. What will it accomplish? Will it manage to educate anyone like this woman? I sure hope so.

So I started this out with a quote from my Master. I can almost hear some feminist decry, "Her master has taken her self-esteem so she can't even think for herself." But notice, yes, I quoted, Him, but I didn't say He's always right or that my tendency to offense is good or bad- this if for me to judge and Him to react to. :D
Posted by Unknown at 10:45 AM