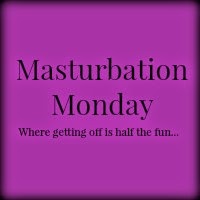 Hm, a team thing... I was thinking on my lovely ladies Bina and Tabitha (quick vent, Bina is a plus sized woman and I was so pissed when I looked at Lane Bryant for panty ideas to find that they don't use plus sized models)... but I have a rough scene sketched out with Tabitha driving like 8 hours to take care of Bina when she's felled by a nasty case of the flu. When she's heading towards better, this interaction takes place... in Bina's POV. Way rough draft, so please be gentle.

Bina studied herself in the full size mirror that Tabitha had bought her- "to help with those affirmations you want to start," her love had said. Part of her wondered how much this week of flu, of alternately throwing up and being uninterested in food, had taken in pounds from her body. Her fingers poked and prodded at her chest and the stomach, moved down to her thighs.

"I am not the number on a scale," Bina said to her reflection. "I am lovable as I am."

Tabitha stopped just enough to the left of Bina that she was visible in the mirror as well. She wrapped one arm around Bina's waist, her fingers dipping into riotous curls of pubic hair.

"You are beautiful," Tabitha murmured before kissing Bina's neck. "Let me." Her fingers slid between the slick pussy lips.

Bina moaned softly. "You keep taking care of me—"

"I love to take care of you," Tabitha insisted as the pads of her fingers teased Bina's clit.

If I say something about my weight, she won't like it. Bina tilted her hips to press into Tabitha's caresses. She looked into Tab's eyes in the mirror.

"You are the most beautiful woman in the world." Tab kissed Bina's neck again.

"In your eyes, don't you mean?" Bina gasped when Tabitha's response was to thrust two fingers up into her pussy.

"You are beautiful and you deserve this pleasure."

Bina groaned in her growing arousal, her thighs quivering. "I am beautiful and deserve this pleasure." She sighed. "But don't you deserve pleasure too?"

"My pleasure now comes from touching you." Tabitha traced Bina's earlobe with her tongue.

"Is there a problem with that?" Tabitha's fingers pulled out slightly to return to giving Bina's engorged clit further attention.

"You reminded me I deserve this, so no problem." Bina pressed one palm against the wall. Pudgy— She interrupted the thought to gaze at Tab again.

"Very good." Tab pulled on Bina's earlobe with her teeth.

The pleasure zinged through Bina's body in waves.

"That's right. I wanna feel you come on my head, shona. Come for me."

Bina groaned at the waves of orgasm in her clenching pussy. "So weak," she whispered in her pleasure.


"Let's get you back to bed, love." Tabitha pressed a soft kiss to Bina's cheek.

Depending on how I'm feeling after some sleep, I may or may not give you some more :D Comments are entirely welcome because I hope to make this scene longer in the final draft than the 411 words it stands at currently.
Posted by Joelle Casteel at 12:41 AM