Yay for a new release from Rayanna Jamison. I can't wait to read it!! 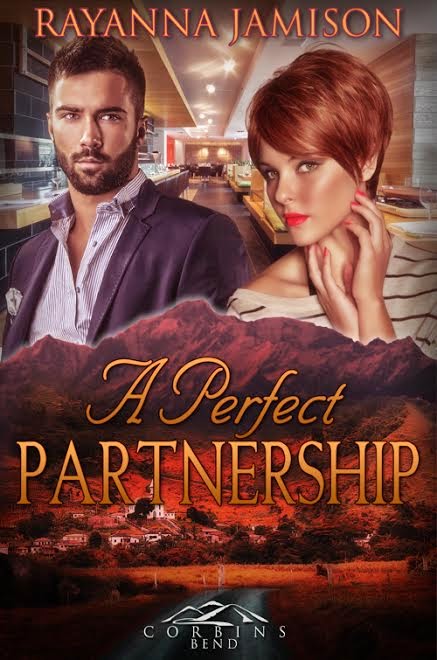 “Come here, Lannea,” he said sitting on the bed, and patting a spot on the bedcovers beside him.

“Why did you come here tonight?” It was imperative to him that they opened the lines of conversation at least enough to discuss the spanking he would give her, and the reasons behind it.

“Because you told me to,” she smirked.

Oh, now she wanted to brat.  Obviously, she didn’t plan on making this easy for him. That was fine. Two could play that game.

“I gave you a free pass downstairs, to make all the smart ass little remarks you wanted to, and you had nothing to say. Well guess what, we’re upstairs now, and every little comment you make now is going to make your ass smart a little bit more. Your free pass is gone. Are we clear?”

“Yup is not an acceptable response when I ask you a question Lannea. The proper response would be ‘Yes Sir’.”

Josiah frowned. He didn’t like that. He hooked his finger under her chin gently lifting her face until her gaze met his own.

“That’s my good girl, he said, careful to keep his voice soft and approving. “Now, Once again, why did you come here?”

“Because…because you said you would spank me if I came, and…it’s been a long time. A really long time,” she admitted, leaning forward to lay her head on his shoulder.

“How long has it been, Lannea? Tell me the truth.”

“It’s been…probably about three years, since I was in culinary school.”

Josiah nodded gravely. “You need this pretty badly, don’t you? Probably have for a long time.”

Her lip quivered, and he wasn’t surprised to see tears forming in the corners of her eyes as she nodded.

“Tell me Lannea. Say it. I want to hear from you why you need me to spank that perfect little bottom of yours.”

Josiah Jefferson left the polygamist community he grew up in to make a new home in Corbin's Bend. He wanted to find the one  woman he could love and spank for the rest of his life. When a summer storm blows beautiful Lannea Paulsen into his life, he sees it as fate and never looks back.

Lannea Paulsen, better known as Laney to everyone but the stubborn Josiah, has had two goals since she moved to Corbin's Bend last year. Save enough money to buy half of The Ginger Paddle, the sushi restaurant she runs with her cousin, and find a strong dominant man who is willing and ready to take her in hand in every way possible.

When Laney puts the business in jeopardy, Josiah comes to the rescue. One thing leads to another and they find themselves in a tumultuous platonic  DD relationship. Sparks fly  as they both refuse to admit the depth of their true feelings. Will they settle for less than they desire or will they chase after everything they have ever wanted?

Rayanna Jamison has always dreamed of becoming an author. She credits a big move from
Oregon to Utah in 2013 as the catalyst that finally began her writing career. She now lives in Southern Utah with her husband, two children, two dogs, and her mother. She writes what she loves to read, which is fun romantic stories about submission in its many forms. When she is not writing, she enjoys reading, cooking, crafting, and shopping, and that's just in her spare time. When the kids and husband are home, she can be found baking with her daughter, watching her son and his friends, and hosting neighborhood block parties. She loves exploring her new area, and finding fun new things to do with her family.

Twitter:https://twitter.com/RayannaJamison
Posted by Joelle Casteel at 12:00 AM