My life apart from where it connects with my Master 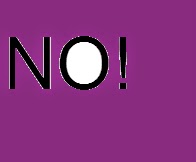 I go places without telling my Master where I'm going.

Take another look at that... I do things like go shopping, going out with friends, taking our teen places and I do these things without getting my Master's permission before doing them, sometimes without telling Him because He's asleep and I expect Him to still be asleep after I return home.

I also have conversations that I don't tell my Master about, unless He specifically asks. Let me share an example of this: on Tuesday evening, I made plans with a friend to go to the gaming store that my Master was also going to so that I could take our teen to play games there. While at the store I was in the same room as my Master, but my attention was on my friend, with whom I was talking about a bunch of things (like an article about why cisgender people shouldn't consider the term cisgender oppressive by that term from everydayfeminism.com) and Unitarian Universalism (my friend's and my religion, but not my Master's). Sure, if He'd come up and asked what we were talking about, I would have told Him, but I didn't seek out His permission to engage in a conversation that I'm pretty sure He wouldn't want to be included in.

I think part of the problem is that people (especially online) act like "lifestyle submissive" is the whole of my identity. If you notice in the above paragraph, I acted as "mother," "friend," "spiritual person," and "activist/educator" apart from interacting with my Master. This is a regular thing for me, all these pieces of who I am. And furthermore, by the time you're all reading this, I'll have made a late night trip to Meijer to buy myself a new swim suit because my parents are coming to visit to take my teen and myself to a water park for birthdays (my dad's is already happened- there'll be a card for my Master, He who will be sleeping because He works- and mine coming up on the 27th)... the suit I had for when teen was still a pre-teen and going to a homeschool co-op no longer fit my body. Master pissed me off by lecturing about exercise- yeah, I want to drop like 30 lbs, but it's not going to happen overnight so I'm buying a new suit.

In irritation once I snapped at a UU friend, "Don't assume what I need to ask Shaman's permission for. If I need to ask His permission first, I'll say so. Otherwise you can stay out of my relationship."
Posted by Joelle Casteel at 12:00 AM