Sharing WIPs (works in progress) can be so very fun! On this lovely blog hop, enjoy a bunch of authors sharing excerpts of what they're working on- get ready to add some great books to your TBR, once the author publishes :) Although occasionally you may find an author sharing a published work. Give 'em a break- these may just be roughly edited- but please do leave a comment! We authors like to know we're going in a good direction. 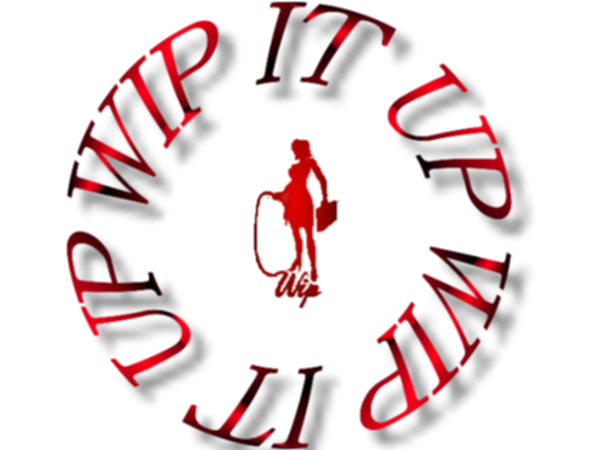 Yeah, this scene came to me with me hacking and struggling to breathe. I haven't done as much as I'd like to yet, but I thought this would be an interesting first "seeing each other offline" for Bina and Tabitha. Also as I'm picturing Bina as the spanker, fun to show her needing taken care of. Yes, there are still [nano comments] to be worked on in this :D.

"Just a moment," Bina's hoarse voice sounded from inside the house.

Tabitha stepped back to study the front of the house as she waited.

It was a cute, little house with its door that reminded her of a mixed berry popsicle and the matching shutters, its slate gray siding. [As I'm not sure the time of the year, I'm waiting to do anything with plants etc.]

Even as haggard as Bina looked with the ravages of the cold, her face shown with surprise. "Tabitha?"

"You posted about being sick and I got it into my head to come take care of you. I hope you don't mind." Tabitha chewed on her bottom lip.

"Of course I don't mind. Come in before Randy and Tom escape." Bina stepped back as she invited Tabitha in with her hand. "I would give you the biggest hug if I didn't want to make you sick too."

"Hopefully the vitamins, juice, and everything else helps," Tabitha said before stepping up to Bina and wrapping her arms around the slight woman.

"I can't believe you came all this way. How many hours did the drive take?"

"About eight, not including the time spent at Kroger buying food. Now that I'm here, you'll have to tell me where you regularly do your grocery shopping because I doubt you drive three hours down to La Crosse just for food."

Bina started to laugh, although she started coughing and leaned into Tabitha as she nearly doubled over.

Tabitha held on to Bina until coughing fit stop and then loosened her grip.

"Help me to my couch please," Bina murmured.

Tabitha wrapped an arm around Bina's waist and helped her to the [have I described] couch that was the focal point of the living room. She eased Bina onto the couch before sitting next to her. "Have you seen a doctor yet?"

Bina shook her head. "No health insurance and this feels like just a bought of the cold. I've been throwing Western and Indian medicine at it."

"Well I have more food to make you soup and other things in my car."

"Aw, thanks." Bina leaned back against her couch. "I'm afraid I've been too worn out to cook much so I haven't really been eating. To answer about groceries stores, there's a co-op in town that I use for small stuff, but I actually do drive the three hours to the Woodman's in Onalaska. They're a little bit farther north than the Kroger you would have gone to. They're an employee owned chain that started in Wisconsin. I think there may be a few Indiana stores now." She lapsed into another coughing fit.

"Are you sure you wouldn't like to go to urgent care?" Tabitha held Bina's shaking hand.

"No urgent care here." Bina reached for a glass of juice and took a long drink before putting it back on her end table. "I wish I could help bring stuff in. How long did you think to stay and help? What about Lisa?"

Tabitha gathered Bina to her. "My sister is checking in on Lisa. I brought a few days of clothes, just in case. I didn't realize you were so sick. Why are you out of bed?"

"I was thinking food."

"Let me get you comfortable in your bed and then I'll bring my stuff in and get cooking for you."


Bina laughed although this also wore away into a coughing fit. As the coughs subsided, she whispered, "Here we are, first time together offline, and you're going to get me comfortable in bed so I can go back to sleep."