#Taboo2sday ... A shower after sex

8 to 10 sentences (or 100 words for bloggers/reviewers) of taboo erotica. Take a risk with me? :D 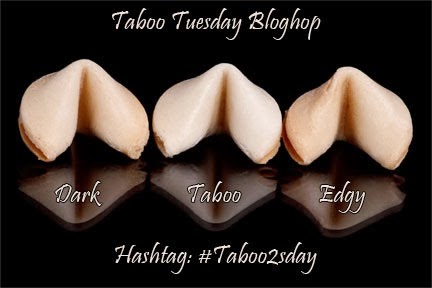 I always forget all the things that can be taboo, so when "anal with lube" was pointed out to me by Raya in last week's snippet, I wanted to pick up with the next lines from my WIP "The Beginning of Knowledge: Book Four." I heard the bratting in Vala's section titles, even if few others did, although I'm guessing that's in part because of the third one she insisted on in these lines. After my previous 10 lines that might have scared some people, for me the taboo here is a continuation of the playfulness of The Queen and Vala in their post-orgasmic moments, since it seems that violent sex and romance is a taboo to too many people, sadly if you ask me.


"And what is so funny?" The Queen demanded, the impact of his tone lessened by his smile.

"I don't think I've seen you smile like that after sex since we were at the loft, before you took me as your slave, my Queen," Vala murmured, her eyelids fluttering as she looked up to speak to him.

"Yeah?" The Queen laughed before he flipped Vala onto her stomach and smacked her ass.

Vala moaned, her ass rising into the air.

Intermission to Shower after the Really Violent Sex...

The Queen restarted the VCR. "Ah, but it is getting to a section of this video that I want you to watch. I will have to enjoy this lovely ass of yours more after that." The Queen laughed softly when Vala let out a little, disappointed sigh when he turned her back over again. "Can you watch laying like this?"