Snorts, what is it with me recently? I have a fairly serious idea for a post in mind, but part of me is reacting to something somebody said that makes me want to be all as adult as "neener neener you're a stupid bitch who needs to shut and listen to someone who sees things different than you do." I'm trying now :D So I recently talked about assumptions I deal with because I live in a "Master/slave BDSM relationship." This post sort of continues from it. But yes, something had gotten me venting to my dear friend Thianna D. and she beautifully summarized my venting to "Low protocol doesn't mean less intensity."

In my case that means that my Master wants a low protocol BDSM situation. Whether or not I end a sentence spoken to Him is largely up to me. I make the judgment call based on our teen being present, others being present, where we are etc. In some moods, I'll call Him Master more or less. Hell, even the fact that I capitalize pronouns talking about Him is my thing; I like to do it, it makes me feel good. He couldn't give a shit less and doesn't really notice the fact that I don't cap in texts, where it takes a bit more effort. His things? He enjoys having sex pretty much when He wants. He enjoys rough sex. He enjoys not worrying about a safeword, but instead paying attention to my body language, if I say something like "ouch" or "no"- nope, I don't have a safeword and I with educated consent gave up that right because I don't use words like ouch, no, stop etc as part of play- if I say them during intimacy, my Master knows to take them at face value. He doesn't like make up so I don't spend more than an hour ever day putting on Goth make up as I used to. He also doesn't like when my blood sugar crashes (I'm hypoglycemic) so despite what BDSM erotica, how-to, or anything else might say, in this case, the slave eats before the Master because my Master would rather not have me crash out from needing to eat.

That was about what we do, what we don't do, but how about what we feel? Of course, as far as my Master is concerned, I can only say what I see, what He tells me, what He does, my interpretation of those things. When my ex-husband finally stopped dicking around and gave me the divorce I'd been asking for for years, my Master married me- largely because we could use the privilege of being a male/female coupling to get legally married, giving us all sorts of rights and legal benefits. True, it was several years after that before I took His last name legally; it didn't seem important to Him and I didn't really care one way or the other. When He finally said it would feel special to Him, I took the steps to do so. However when asked our wedding anniversary, both of us look at the other in confusion- I told Him with a little poem that the poly-triad with my ex was done, that I was just with Him now, in January 2001. That's the date I think of.

Just yesterday He was getting ready to leave for GenCon when I asked Him how it went trying to get His Xarelto prescription refilled- when He was injured back in February, He was found to have a partially torn Achilles tendon and a blood clot. Well each time getting His prescription filled, having workman's comp cover it, has been a headache. This time it's a lot worse. So He drove several hours away from a convention that'll have Him gone until some time Sunday. His plan is just to take aspirin every day. This terrifies me, this upsets me. I don't want my Master to die. I love Him more than I've loved anyway besides my son and of course that's a different sort of love. I wish my love for Him would convince Him not to be depressed, to take His health seriously, but that only works out really good in romance novels. So like any woman who loves another person romantically, I'm trying to have hope that things will be okay, that He'll be okay, that we'll be okay. 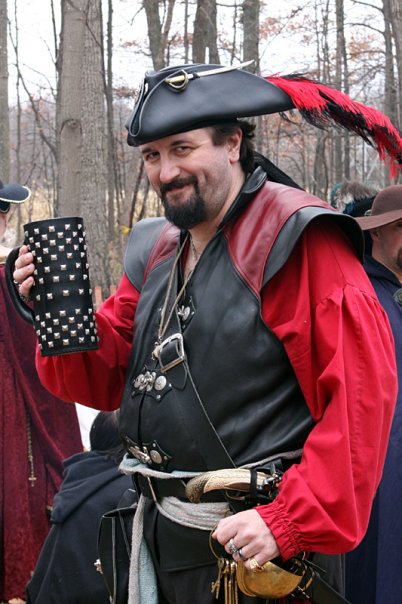