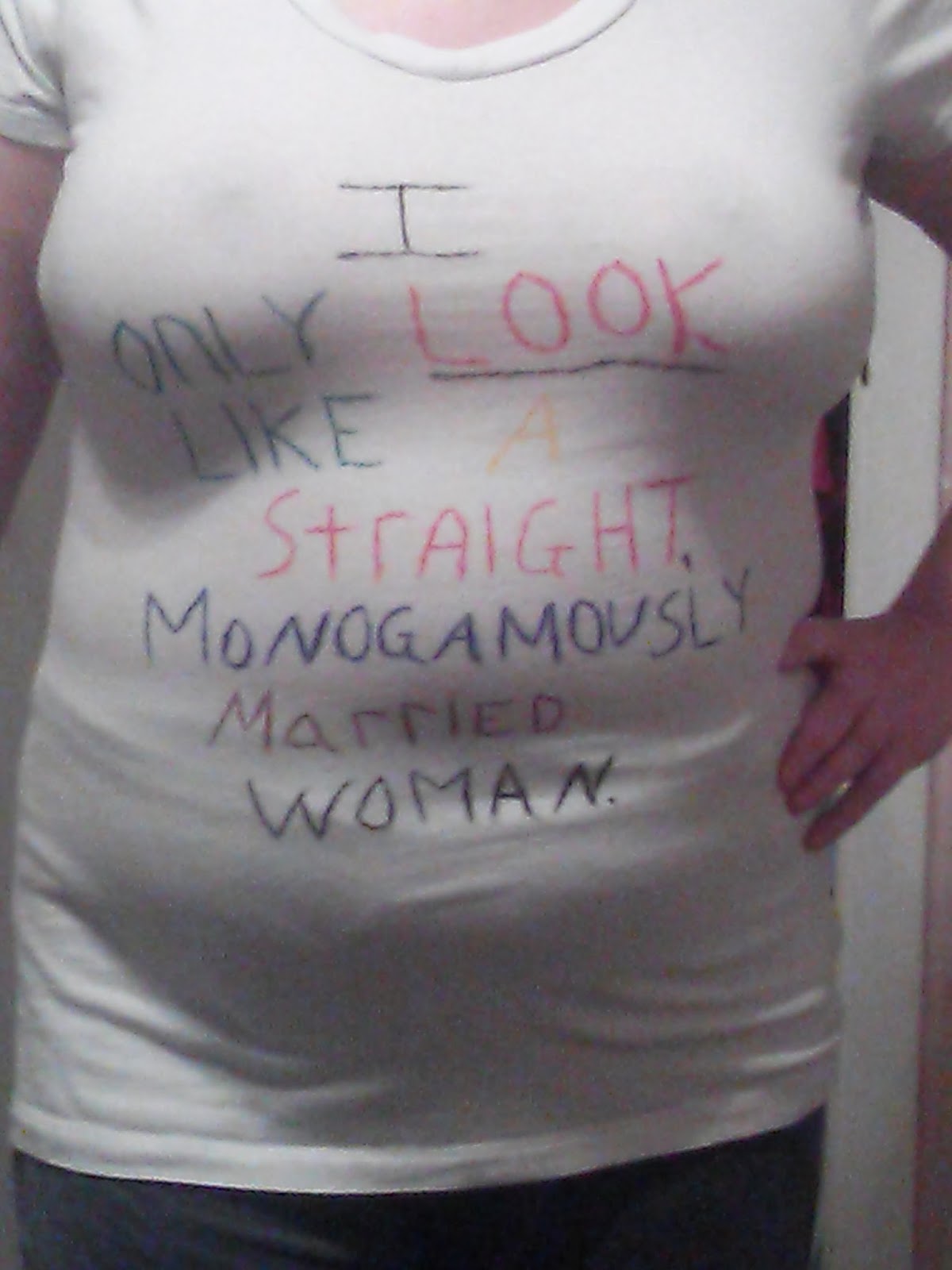 I know I've read about this in a number of places, from various theoretical and philosophical shades of non-heterosexual, non-mainstream, non-monogamous thinkers. Coming out in the 1990s as a bisexual woman (before bi-curious or hetero-flexible were common terms, not that I'd have happily used either word), I have my own thoughts of course. Like I find "marriage equality" to be a focus that doesn't directly affect me or even concern me as much as transgender people being able to use public accommodations (like bathrooms) safely, the issue of homosexuality being a choice or something you're "born with" makes me what to scream "why does it matter?" That very question has been used against bisexual, pansexual, queer-identifying people like me- and from both the heterosexual and lesbian/gay communities. "Why don't you decide? You can't be gay AND straight."

Now that paragraph was focusing on sexual orientation as determined by one's sexual/romantic interests as determined by gender- yes, I've been reading so much of Kate Bornstein's writing as well as working with my transwoman character Lady Audrey, so I'm questioning the whole notion of sexual orientation that is based on gender. That was a lot of words to say I'm moving beyond "sexual orientation" in my post :D . However when I'm asked of my identity, I will say that I'm queer, poly, and kinky. Yes, I'm used to the discomfort at my word choice, having to explain what I mean.

You see, in many ways I mess up the "born with" defense that many lesbians and gays seem to want to use in garnering equal rights for themselves. And yeah, I mean "themselves"- too often the B & T (bisexual and transgender) in the "LGBT community" are left out. In case you don't already know what I'm talking about with "poly" and "kinky," I'm saying that polyamorous (I believe in and live with the philosophy that responsible non-monogamy is possible- and for me, a positive, preferred thing to monogamy, serial or otherwise) and live with engaging in BDSM as a part of my identity (no one forced me to be a BDSM submissive and no one fact in my past has led me to embracing this part of me either). I cannot and choose not to separate being poly or kinky from my identity, from my sexuality. Notice that I said "my identity" first- because I also want you to know that being poly and kink aren't just about sexual activity for me. They talk to whom I love, how I order my life. I'm not asking anyone to live as I do, but to respect how I live, just as a person living the societal norm of monogamous heterosexuality expects respect.

Being a lifestyle submissive is every bit as much "me" as my funny looking toes, my petite body, my interest in learning.
Posted by Joelle Casteel at 12:00 AM