Enjoy an excerpt of "The Queen & Mandisa Play" from JCCS

Time for an excerpt... I do so love sharing. Maybe that's why I'm polyamorous, why I so often write polyamorous characters? But anyway, my BR and I are working away on the 3rd book of the "Vala's Story" serial while I get ready for the blog tour for the re-release of "Out of the Night: Book One" and the release of "Gates of the Garden: Book Two." With that in mind, I thought I'd share on of the Vala-related things in my free ebook "Joelle's Chaotic Collection of Screwing" . Mandisa is one of The Queen's slaves already when he collars Vala in her serial. She's been with him for 10 years. This story is set just before he collars her. 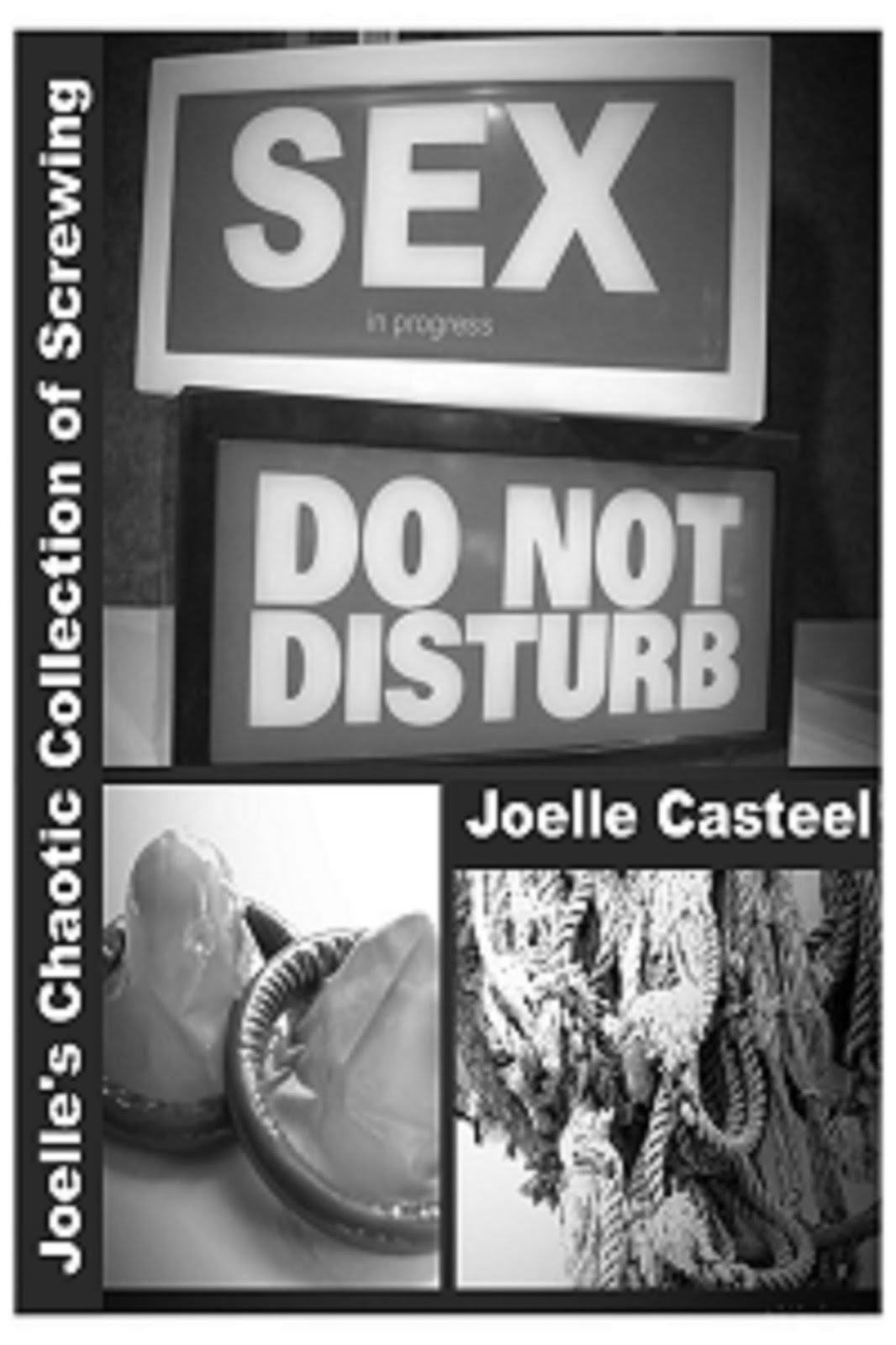 "The Queen and Mandisda Play"

Mandisa knelt on the floor in front of The Queen. What the hell am I doing kneeling in front of this pasty white guy who's younger than me? She placed her gaze on the carpet in front of his feet. Does this make me a race traitor? Her gaze left his feet to move up her folded legs. But he's queer. He doesn't have as much privilege as he could.

"Mandisa?" The Queen's voice softly sought to bring her attention back to him. "If I am reading your expression correctly, you are overthinking this experience. Is this not what you expected? Wanted?"

Mandisa lifted her head, squared her shoulders, and looked up at The Queen's face. "Ah... yes, overthinking, sir." She licked her lips. "I'm not sure enough of what I expected or wanted to say this isn't it."

The Queen sat on the couch pressed against the wall. "Should you join me on the couch and we can discuss this further?"

Mandisa frowned. "But that wouldn't really be encouraging me to explore submission, sir."

"Right, sir." Mandisa shifted her ass from one leg to the other. My parents would be horrified to see this. Why'd they sacrifice to get us out of South Africa for this?

"Are we back to this being about our races?" The Queen sipped his soda and watched Mandisa's slight movements.

"Yes and no." Mandisa frowned. "Is addressing you as sir really a non-negotiable for you?"

The Queen laughed. "As long as you are interested in D/s with me, yes it is. If you accept my collar, it will be 'my Queen.' However if you want to come home with me, be in a non-kink relationship, well then no sir is required."

I hate how simple you make it sound. Mandisa shook her head. "No, I don't want something non-kink with you."

"What do you want with me?" The Queen placed his empty glass on the end table and stood. He strolled across the room until he stood in front of Mandisa again. He squatted before her; his hand cupped her chin. "What do you want, little girl?"

Mandisa grimaced. "Not to be called little girl, for one thing," she retorted.

The Queen continued to hold Mandisa's chin. "You listed your hard limits as," he looked at a piece of paper beside her knee, "Kissing on the lips, ageplay, public submission." His fingers left her chin to caress her jaw. "Really? Just the three?"

"I've been on the giving end of many of the things listed and would be interested to experience them as a submissive, but I don't think I could handle those, sir."

"It appears you are struggling with remaining on your knees. Do you need to change positions?"

"No, sir." She sighed and pushed against his hand. "No, it's not as difficult with you squatting beside me."

The Queen took both of Mandisa's hands in his and pulled them to their feet. His arms encircled her waist and pulled her tight against him.

Mandisa leaned into his embrace. This shouldn't feel this good. I swore I'd never be this close to a white man again.

The Queen released Mandisa with one arm, keeping the other around her waist. He took one hand in his and brought it up into the air. He took a slow step and then moved them in a circle.

Mandisa looked up in surprise. "You dance?"

"I am a man of surprises." He grinned.

She glanced at their joined hands, the blackness of her hand startling against his pale skin.

He circled them round again. He leaned down to kiss her neck.

Mandisa groaned softly. "What are you doing? Sir?"

The Queen pressed his lips to hers. "My sweet Mandisa, unless you use your safeword or otherwise tell me you have changed your mind, I am trying to relax you and bring you into the scene we negotiated."

"Would it help you to know that I find your skin color absolutely gorgeous?"

Mandisa met his eyes. "I don't know, sir." I hate it when guys look at me like that.

"No, I am not merely trying to flatter you to fuck you." The Queen pressed Mandisa's pelvis against him. "If I just wanted sex, you are naked and I am well stronger than you."

Mandisa sneered at him. "You think so?" She pushed him against the nearest wall.

Mandisa threw back her head and laughed. Lame attempt at a save.

"What are you going to do now?" he challenged.

Mandisa dragged her tongue across The Queen's chest, sucking on first one nipple then the other until he released a long, ragged moan. "I've watched your boys and you. I know your undoing."

"Don't you just hate that I've taken control?" Dare you to answer that, bastard!

"He doesn't at all," a low, melodious voice purred behind her.

"My Lady," The Queen murmured, his gaze fixed behind Mandisa at the new person. "This is the Mandisa I told you about."

"Hm, yes. Very pretty. I can see why you'd want her." The hot breath, the large, fleshy lips brushed against Mandisa's neck.

I said menage was a soft limit, something I needed to come to slowly. Mandisa shuddered.
---

If you'd like to keep reading, follow this link https://www.smashwords.com/books/view/354635 , download the book, and read! It's a ton of fun, all sorts of different things. And please leave a review- I looooove reviews; I'm even learning to appreciate the 1-stars that anger me or make me laugh, although I really prefer 4 and 5 stars :D
Posted by Unknown at 12:00 AM

Email ThisBlogThis!Share to TwitterShare to FacebookShare to Pinterest
Labels: Gates of the Garden: Book Two, Mandisa, MFF, Out Of the Night: Book One, prequel, Skipping Down the Primrose Path: Book Three, The Queen, Vala, Vala's Story