So this week I'm answering the final two questions from Spanking Romance review's December roundtable. Read questions 1 and 2 here, questions 3 and 4 here, and please come back next week for my thoughts on the phrase "lady like," as it often gets used in domestic discipline fiction.

And here are the guiding, jump off questions for the last time:
1. What appeals to you about DD?
2. What does not appeal to you about DD?
3. Do you practice any version of DD?
4. What do you think are some common misconceptions of DD?
5. If you practice any version of DD what have been the greatest joys it has brought to you?
6. What are the greatest challenges?

5. I know I already mentioned stand up comedians, but in answering the greatest joys that DD/BDSM have given my Master and I, I returned to those same men- yes, more of comedians are men. More jokes than I'm comfortable with depend on a certain paradigm in male/female relationships that I'm just not comfortable with. The girlfriends/wives described by these men usually aren't people I want to be. Women who want to mold their boyfriends/husbands into something other than they are. Women who demand flowers, chocolates, jewelry, other gifts... and barely show any real gratitude. I did not ask for a pretty collar so that I'd give my Master blowjobs without complaints- that would seem to be the acceptable math though if you believe these stand ups. Submitting to my Master fulfills something in me and I'm glad that I'm able to own that, not to have to put pretty jewelry or pretty words to cover up what it is. The fighting that's talked about- that's one thing my Master and I don't have that I'm joyful about. Sure, He's still struggling against my tendency from childhood abuse to hold in emotions to get me talking to Him about when I have needs. I'm not sure where it comes from- our unique way of living BDSM, the way my Master is, the ways we're more DD- but the fact that my Master actually wants to know my wants and needs, unlike some fictional hard ass dominant who only cares about his wishes. Then there's the simple failure to communicate- not that my Master and I are perfect (look back to the mention of my struggles to speak), but we at least try. We try harder than what's shown IMHO in these stand ups. 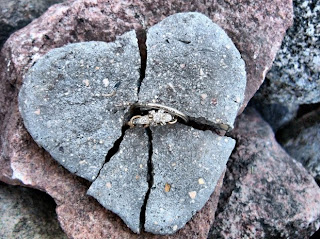 6. I admit, the challenges are many. The first come from my history- while she doesn't remember my childhood the way I do, I say my mother was verbally abusive. When I explain what I lived with, what I still deal with when I have to interact with the woman, to others- they usually agree with my summary. I try hard not to put too much blame on my childhood- after all, I am a 35 year old woman- but I do struggle with things like talking about my needs, if anyone raises their voices (outside of rock music) I shut down. And while we might not normally fight, shout at each other, my Master and I do disagree. I'm not the stereotypical doormat submissive. The challenge here is to deal with the issues that come up in most any relationship in a better way. One challenge that I've had specifically as a parent within a lifestyle BDSM relationship is around our teen; as a Unitarian Universalist home educator, I've seen to providing him with a more complete sexual education than many children in public schools receive. One day, I found myself looking at then-pre-teen and saying, "You understand that I chose to live in a relationship like this? Not all women want this and to try and force such a relationship is wrong." I was busily making food for my Master at the moment. Then there's the issue of telling. Because of the misconceptions around BDSM and DD, just telling someone that you embrace either of those is fraught with all sorts of challenges.

No matter how you tell, what you specifically tell, you are likely to be met with confusion; I've had other submissives assume that, because I live in a Master/slave dynamic, that I must be naked all the time. Well that just doesn't work in my reality. There's a dog to take outside for bathroom trips. There's bacon to cook- and frying stuff while naked is a really bad idea :D. Then there's the tendency, for people into BDSM or DD, to assume that another couple's dynamic is either the opposite or the same as theirs; nope again, I eat before my Master, unlike much erotica out there, because I'm hypoglycemic and my Master would rather me not have a dangerous blood sugar crash.

Stepping back to talking about my religion, Unitarian Universalism, BDSM has been/is still in many ways, an issue. I forget who has asked, but it's been asked often enough to make me ponder: "If you were a domme instead of a female submissive, do you think *they* would have such an issue with you?" Considering how second wave feminism is such an overall accepted thing among UU's, this stands to be considered. When I went to a bricks-and-mortar UU congregation, I lived in constant fear, frustration of saying the wrong thing, of people figuring out I'm a lifestyle submissive. Now for someone as "out," as over-the-top as I tend to be, this was a really confusing and uncomfortable thing. I stopped going to that church after years of trying to make it work and started going to the online UU church. As we have "all ages" services all the time, how to talk about BDSM became an issue. I just wanted to call my Master "Master" or at least feel comfortable calling Him "my dominant." It works in our Facebook groups, but in our services, I call Him by His nickname "Shaman" and all my ministers know who I'm talking about; I can't bring myself to care beyond that. I know some might not see that or a challenge, or the next one- I struggle to call my Master "husband." You see, we are legally married now, although the collaring happened years before the marriage and neither of us can actually remember our marriage anniversary. But thinking on what marriage has become, at least the way it too often is in the US (stand up comedians), is something that is so off-putting to me, then my first marriage was to a very neglectful man. So yeah, I don't want to call my Master, this Man I love, my "husband." Not with all my bad feelings on the word.

So I hope this comes a lot closer to talking about "my dynamic" with my Master, as Katherine had said she'd like to get to know. But it leads me to thinking about Emily Tilton. We did a blog swap and she titled my post, answers to questions she'd given me, "The Frankest Sub I know." I smiled at that. Yup, I'll be answering questions and please come back next week for "Lady Like- oh how that phrase gives me the eye rolling curse."
Posted by Joelle Casteel at 12:00 AM